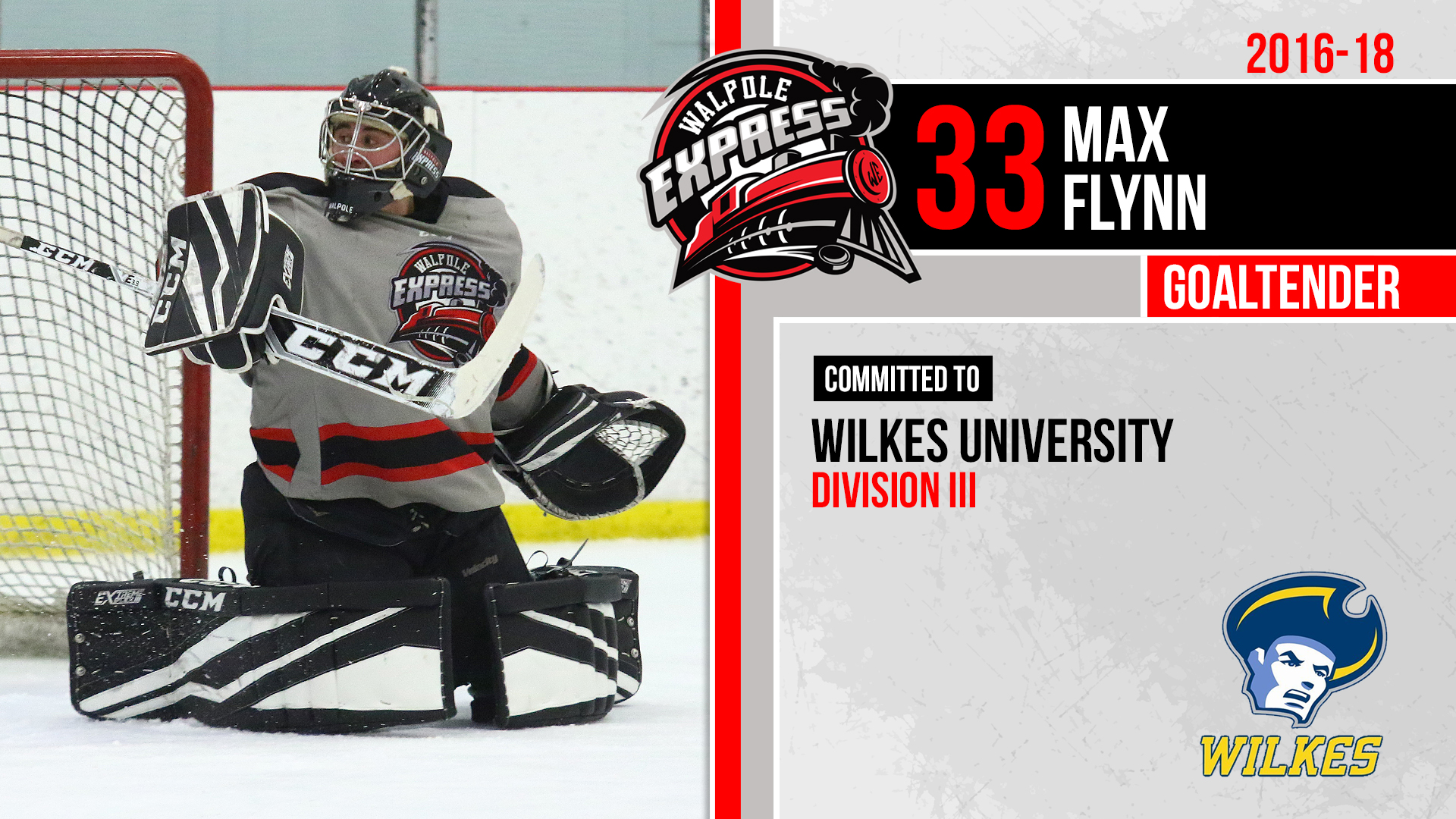 Walpole, MA – Max Flynn, a two-year, loyal conductor of the Walpole Express, has committed to Wilkes University Colonels for the fall of 2018. Flynn, born in 1998, measures in at 5’9”, 175lbs from Wenatchee, Washington. He has the most starts and wins out of the three goalies rostered this year with the EHL Express team.

“Max has been nothing short of spectacular this season and really stepped up his game when we needed him. He has a great sense of humor, works hard, and does everything that is asked of him. It’s no surprise that he’s moving on to play NCAA hockey,” said Coach Jon Lounsbury.

In 25 starts, he is 17-7-1, with a 2.37 GAA and a .924 save percentage. “I’ve always believed in the program and what Coach Lounsbury had to offer. Everything that was promised was given and I couldn’t be happier with where I am today. I also would like to thank my parents for the support over the years,” said Flynn.

“We are excited to see Max flourish in the coming years and where his hockey career takes him,” added Lounsbury.