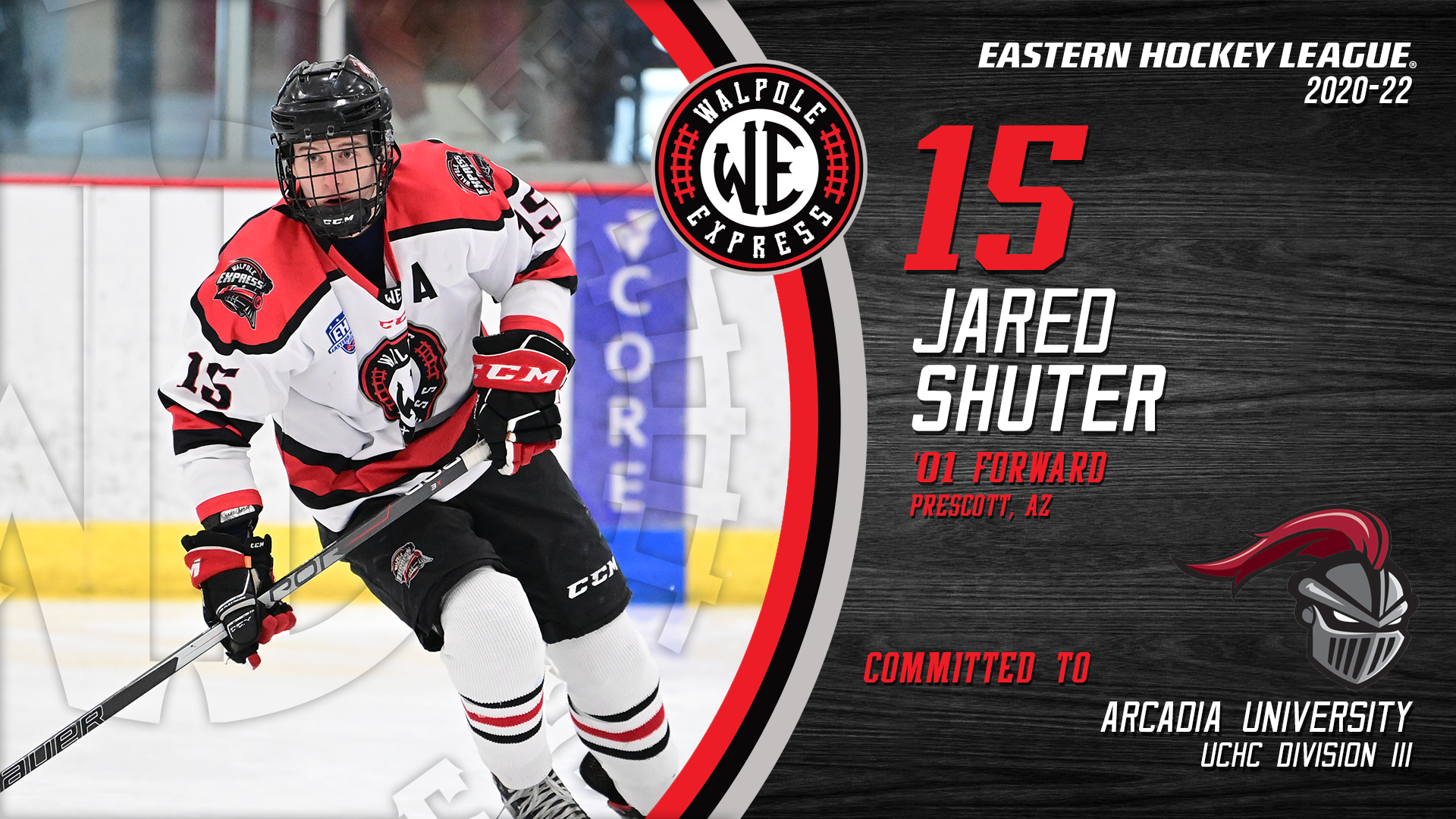 Walpole, MA — The Walpole Express are proud to announce the commitment of Jared Shuter to Arcadia University. Located in Glenside, PA, the Knights play in the United Collegiate Hockey Conference.

The 01’ forward is an assistant captain and in his second season with the Express.

When choosing a school, Jared said, “There were two main factors when choosing a school. Arcadia was a great fit academically offering a number of prestigious science programs for me to pursue. Second, the hockey program and staff having a will to win every night. After visiting the school and meeting with Coach Pietrangelo, I found a true sense of belonging.”

“Jared has played a large part in the teams success over the past two season,” said Coach Josh Holmstrom. “Last year centered our third line could shut down top opponents, while also leading penalty kill. Still a top shut down center and leader on the PK, this year he has developed offensively as well. Jared does a great job using his body to protect the puck and draw in defenders. He opens up a lot of space for his teammates. Jared leads by example and I am very excited to see him progress at the next level.”

On playing two seasons for the Express, “My experience with the Express has helped me become a better person and an improved hockey player. Both Coach Campbell in my first season and Coach Holmstrom this year have created an environment that gave me opportunities to grow as a person. This year having leadership role has given me tools for my future as well. Most importantly, the Express organization provided me with teammates that I will value as brothers for life.”

The organization would like to congratulate Jared Shuter on his NCAA college commitment.