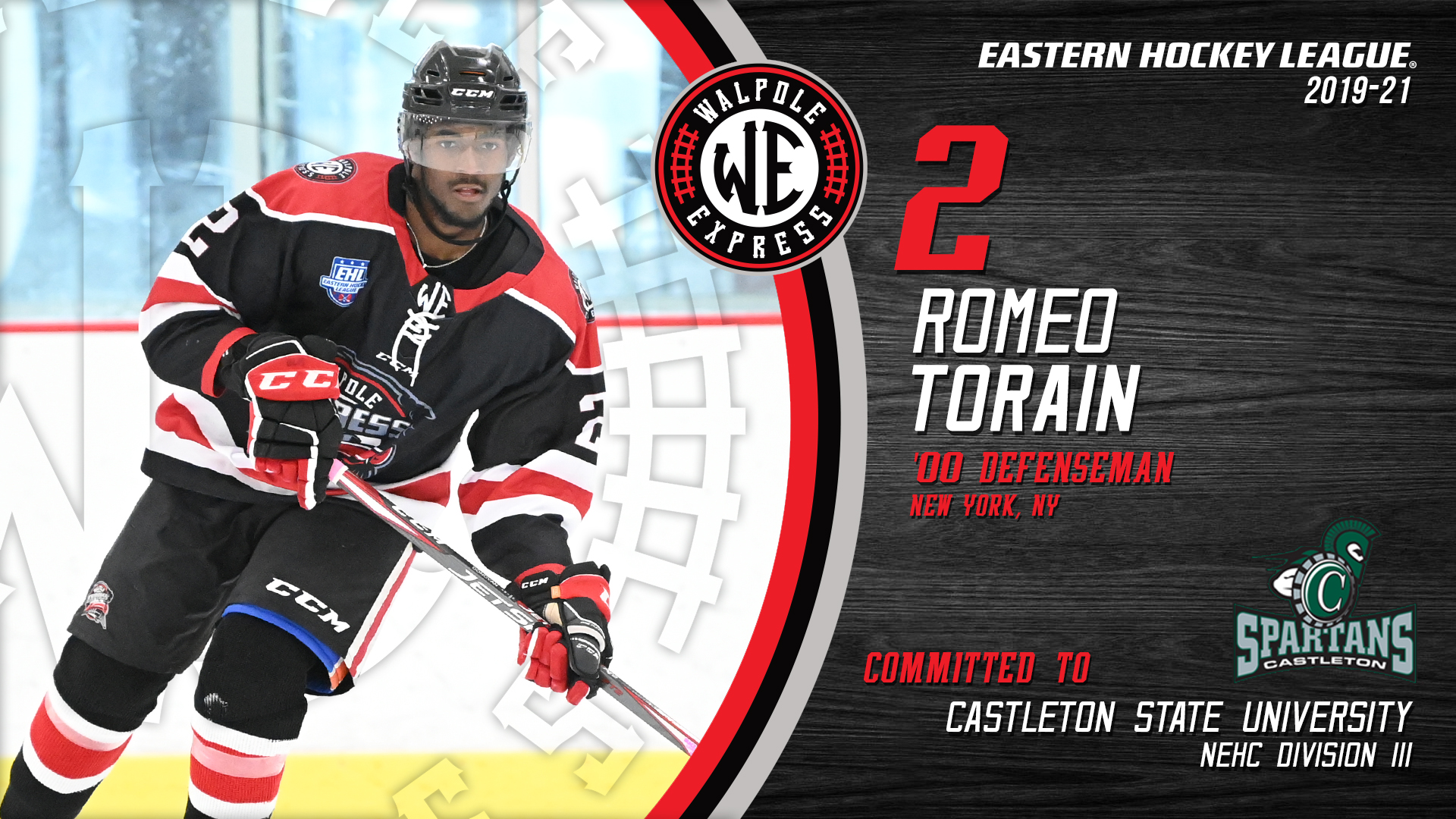 Walpole, MA – Romeo Torain, the 2000-born native of New York, NY is in his 2nd season with the Express, and in 78 career games in the Eastern Hockey League (EHL), Torain has tallied 38 total points.

Torain has truly shown improvement from year #1 to year #2, and look no further than his point totals. After tallying 17 points throughout the the entire 2019-20 season, Torain has already surpassed that total with 21 points to date this year. Torain followed a unique Road to the EHL, and it’s one that has helped him find the perfect next step for himself.

“Castleton has tremendous academics and a wide range of different majors to choose from,” said Torain. “As an athlete, they have a wonderful men’s hockey team and great athletic department.”

Torain was named an EHL All-Star back in mid-November, and he went on to talk about how his time in Walpole has helped him become the player he is today.

“Playing for the Express for the past two seasons has made me a better man and a better player, both on and off the ice,” added Torain. “Coach Campbell has helped me improve on my game each and every day, and has made me a better and smarter player. Over the past two years playing for the Walpole Express has helped me grow and develop into a player and a person that can be successful heading into college. I would like to thank Coach Campbell and the entire Walpole Express staff for all of the help they’ve provided to me over the past two years!”

Please join the Express organization in congratulating Romeo Torain on his NCAA commitment.