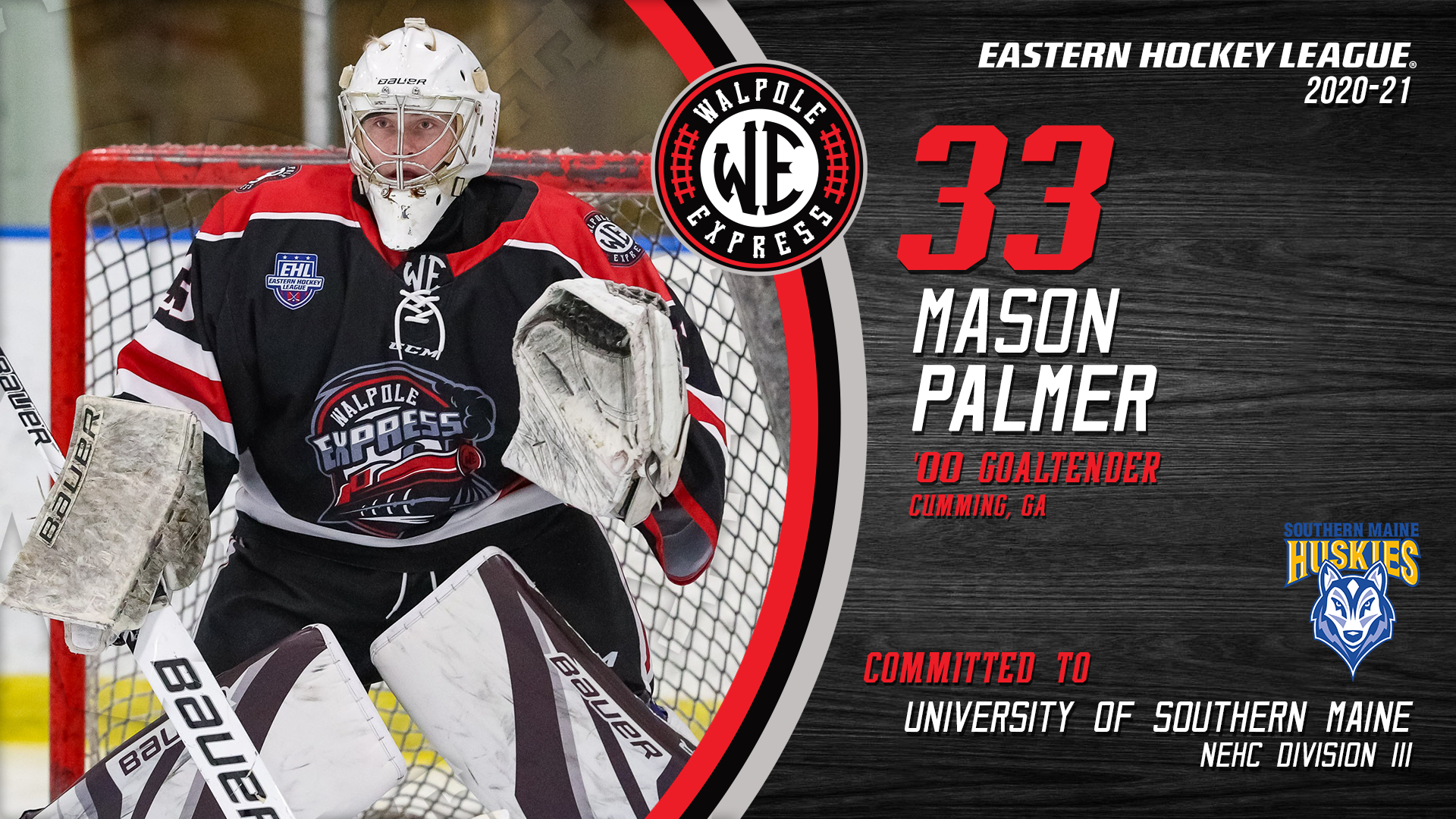 Walpole, MA – The Walpole Express are proud to announce the commitment of Mason Palmer to University of Southern Maine (NEHC D3).

“Mason was a rock for us all season long,” said Express head coach and general manager Cody Campbell. “He was consistent and made timely saves when we needed him to. Mason was a gigantic part of our team’s success this year and individually he set the all-time single season franchise mark for save percentage in a season. USM is getting a fierce competitor who will be loved by his teammates and we are so excited to continue to watch him develop in college.”

As Campbell mentioned, Palmer set a new record for the Express, as his save percentage from the regular season finished at .942. Along with that high mark, his GAA stood at 1.86, and Palmer also collected four shutouts along the way. He’ll now join USM, becoming the 31st player in league history to choose the Huskies.

“USM was the right fit because everyone there takes their education and learning seriously. That winning culture drew me to them,” said Palmer.

The EHL All-Star went on to talk about his decision to go to Walpole for his age-out season of junior hockey, and how it ultimately led to this moment.

“Playing for the Express and Coach Campbell has helped in so many ways,” added Palmer. “Coming to play for Cody was one of the best decisions I’ve made in my career. I was given every opportunity you could imagine and had a great staff behind my back.”