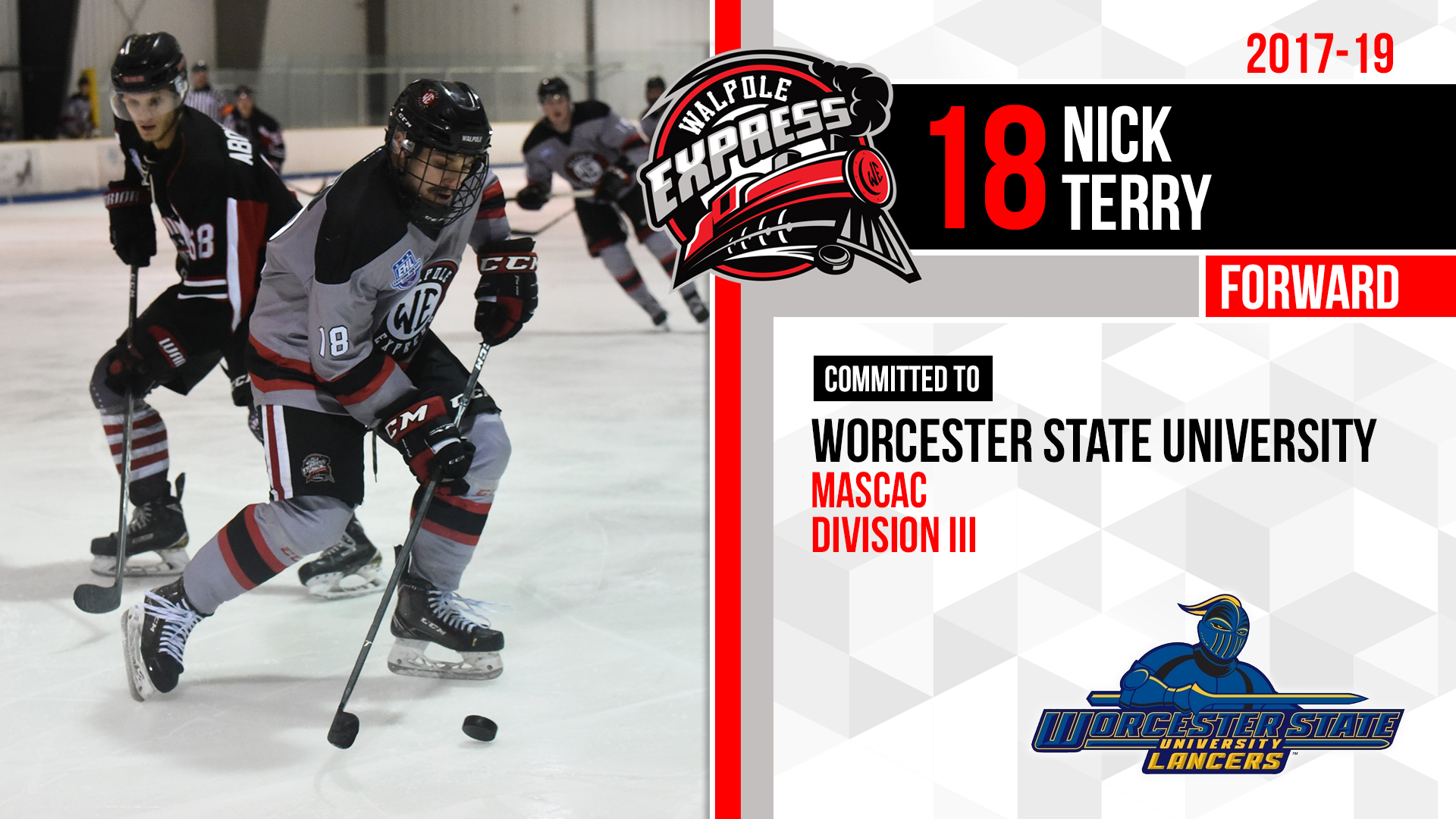 Walpole, MA – A Taunton, MA native Nick Terry, in his second season with the Walpole Express, has committed to Worcester State University in the very competitive MASCAC for the fall of 2018. Terry, a 20 year old power forward and now converted defenseman, has been a key contributor to the Express for the past two seasons.

“Nick has gone above and beyond for his team this season. His ability to adapt to his role and situational play has been second to none,” said Coach Lounsbury. “We had some injuries early on to our D core and Nick stepped up and transitioned to defense. In my opinion, this transition has made Nick more valuable to playing at the next level. I have no doubts that he will have a great college career.”

“I’m very excited to be attending Worcester State University in the fall. I would like to thank my family, friends and teammates for all the support throughout my journey to play NCAA hockey. I can’t thank Coach Lounsbury enough for the support he has given over the past two seasons. Go Lancers!” said Terry.

The Express wish Nick and his family best of luck next season at Worcester State.