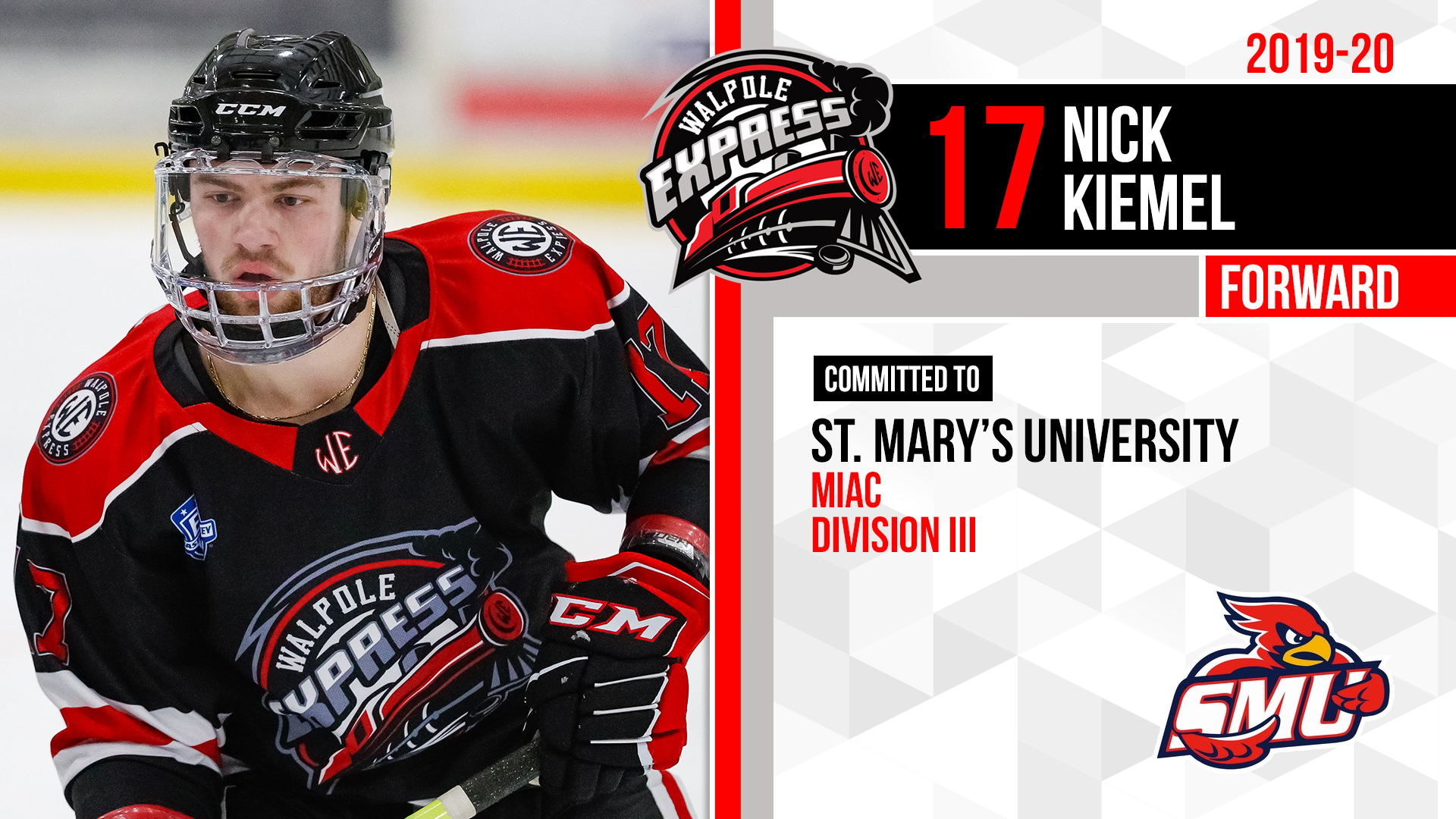 Walpole, MA – The Walpole Express are proud to announce the commitments of Nick and Noah Kiemel to Saint Mary’s University. The Cardinals play in the MIAC and are based out of Winona, MN.

The Colorado Springs natives joined the Express mid-season this year after starting the season in the NAHL. Noah Kiemel spoke about why the twin brothers chose Saint Mary’s, “Saint Mary’s provides us with the opportunity to get a great education and play hockey. When we were on campus we felt that the coaching staff holds their players to very high expectations not only on the ice but also in the classroom. We also felt very comfortable around the current players and knew it was the right place for us to be.”

Express Coach Cody Campbell spoke about the brothers as very experienced junior hockey players, ”Nick and Noah have been huge additions,” he said. “Noah has brought a great defensive presence as well as running our power play since he has arrived. Nick has brought intense energy and added scoring to our group.”

Nick explained the brother’s gratitude for Coach Campbell and the Express organization saying, ”Playing for the Express has allowed us to achieve our childhood dream of playing college hockey. Being around players and coaches who all want to get better each day has helped us tremendously.”

“The Express organization has given us the opportunity to visit different programs, and without the guidance we would not have been able to make the decision that we did. We are beyond thankful to Coach Campbell, the rest of the Walpole coaching staff and all of our teammates who helped us along the way,” express Nick. “Go Cardinals!“

Coach Campbell knows they will be valuable on and off the ice for Saint Mary’s.

Join the entire Express organization in congratulating Nick and Noah on their commitment.