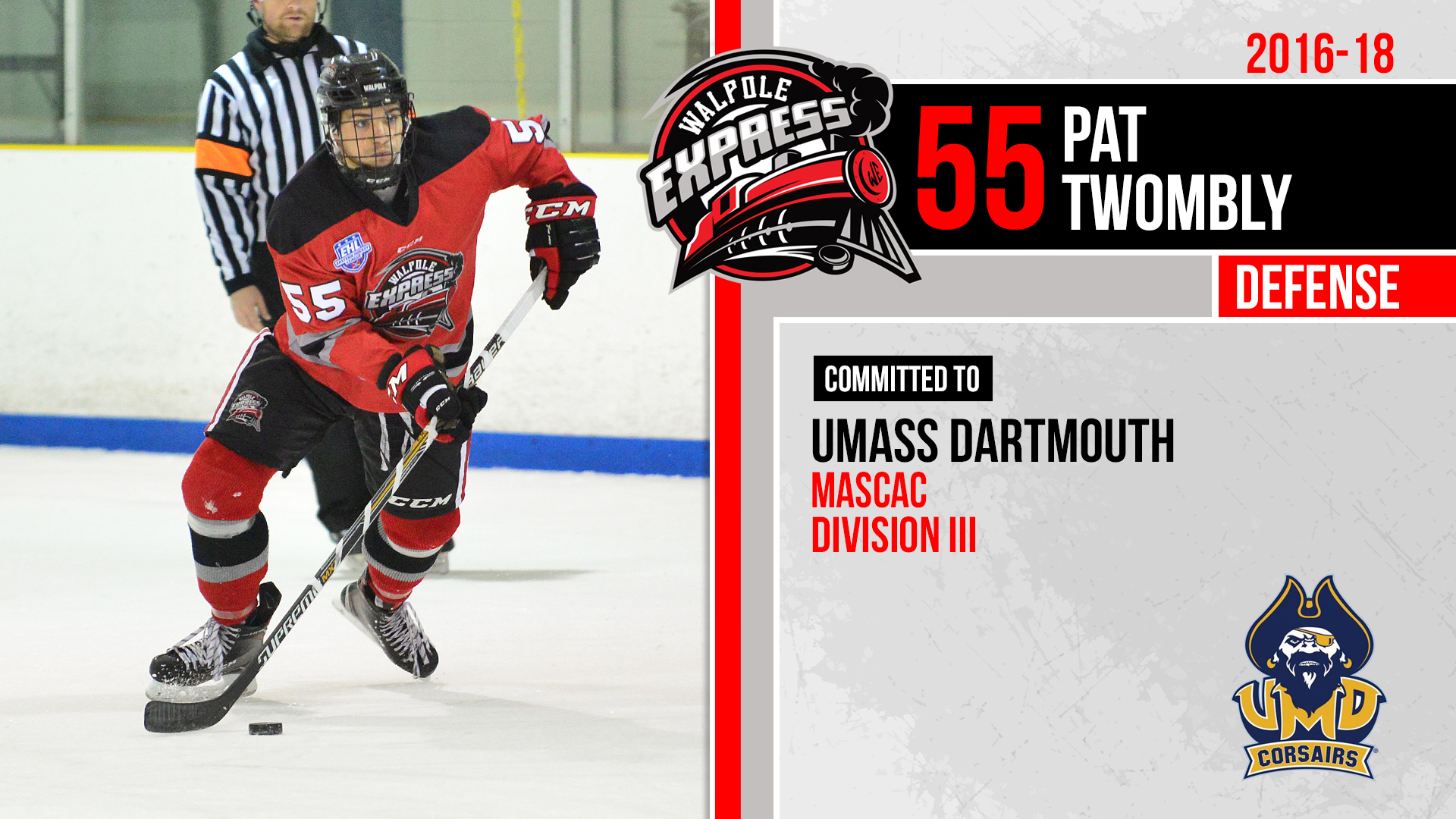 Walpole, MA – Pat Twombly, the second year Walpole Express defenseman, has committed to UMass Dartmouth in the very competitive MASCAC for the fall of 2018. This steady blueliner is six feet tall, born in 1997, and weighs in at 180 lbs. Pat has worked his way through the Express program, playing for the EHLP team last year before moving up to the EHL this year.

“Pat is a true testament of the EHLP and EHL programs we have here at the Express. He came in as a member of the EHLP team, worked hard, bought-in, and developed into an EHL player. And it is no surprise he is now heading off to UMass Dartmouth in the fall. He has worked hard for it,” said Coach Jon Lounsbury.

Twombly has accumulated four goals and seven assists this season. “I’d like to thank the Walpole Express organization, Coach Lounsbury, and Coach Polino for a great two years. I would also like to thank my friends and family who have helped me along the way. I’m looking forward to continuing my studies and hockey career at UMass Dartmouth,” said Twombly.

“We will miss Pat on our blueline next year, but know he’s going to do great at UMass,” added Lounsbury.