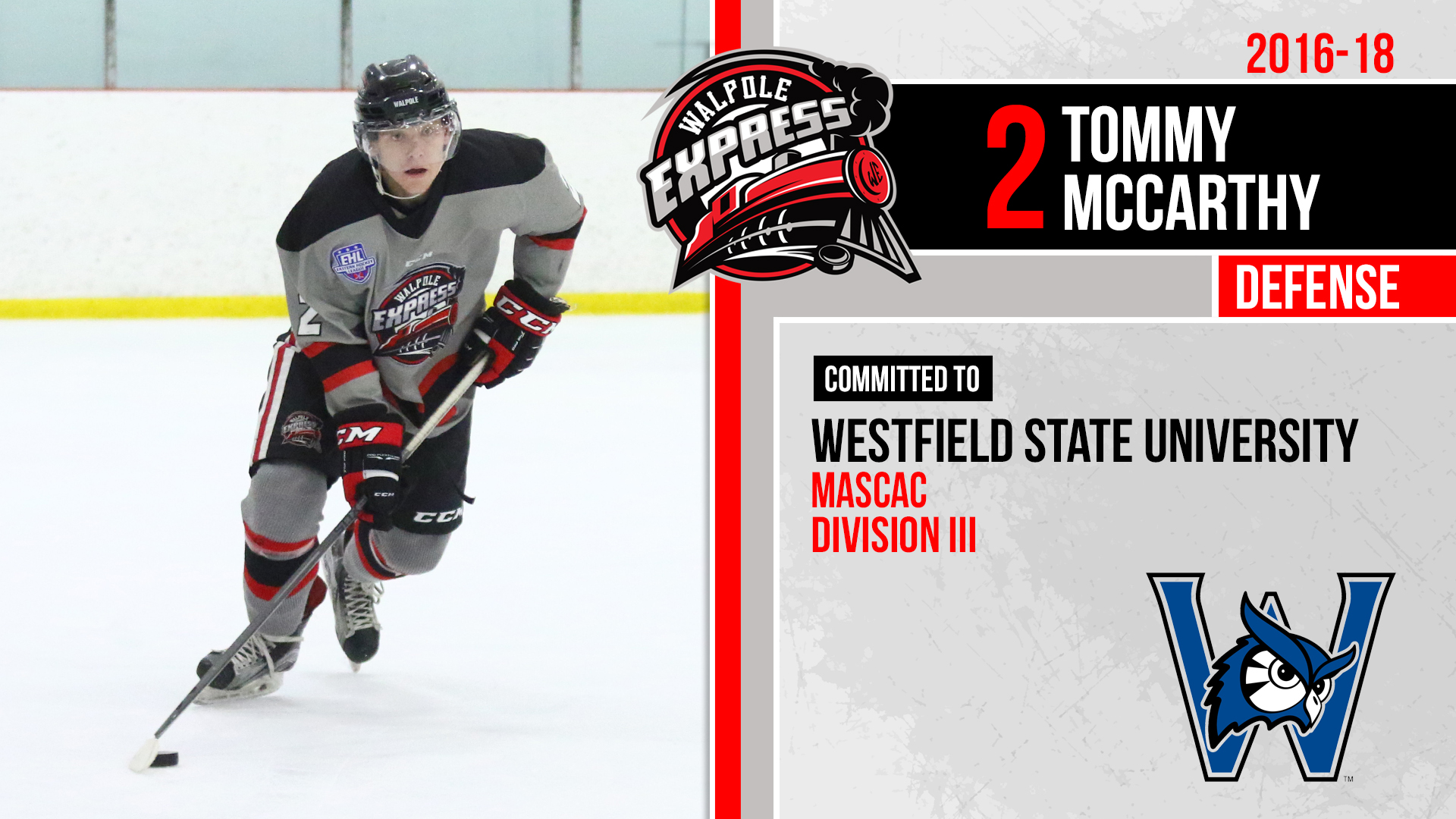 Walpole, MA – Tommy McCarthy, the local kid from Dedham, MA, has announced his commitment to Westfield State University in the competitive MASCAC for the fall of 2018. McCarthy is a 6’0”, smooth skating, defenseman who was an integral part of the EHL team last season.

“Tommy was one of our most reliable players on the back end. His skating ability allowed him to control the play and be a high end defender for us. I am excited to see the jump he makes next season at Westfield. I wish Tommy the best of luck in the fall,” said Coach Lounsbury.

This 170lb defenseman has been in the Walpole Express program for the past two years, playing for the EHLP team the season prior to joining the EHL team for the 2017-18 season. This season he had two goals and nine assists in 42 games, as well as 51 penalty minutes.

“I want to personally thank Coach Lounsbury and Coach Polino for all of their help in the last two seasons. I had an incredible experience with the Express and I’m excited to head to Westfield in the fall. Lastly, I want to thank my parents for allowing me the time to develop and pursue my dream of playing college hockey,” said Tommy.

The Express would like to wish Tommy and his family the best of luck next season at Westfield State.