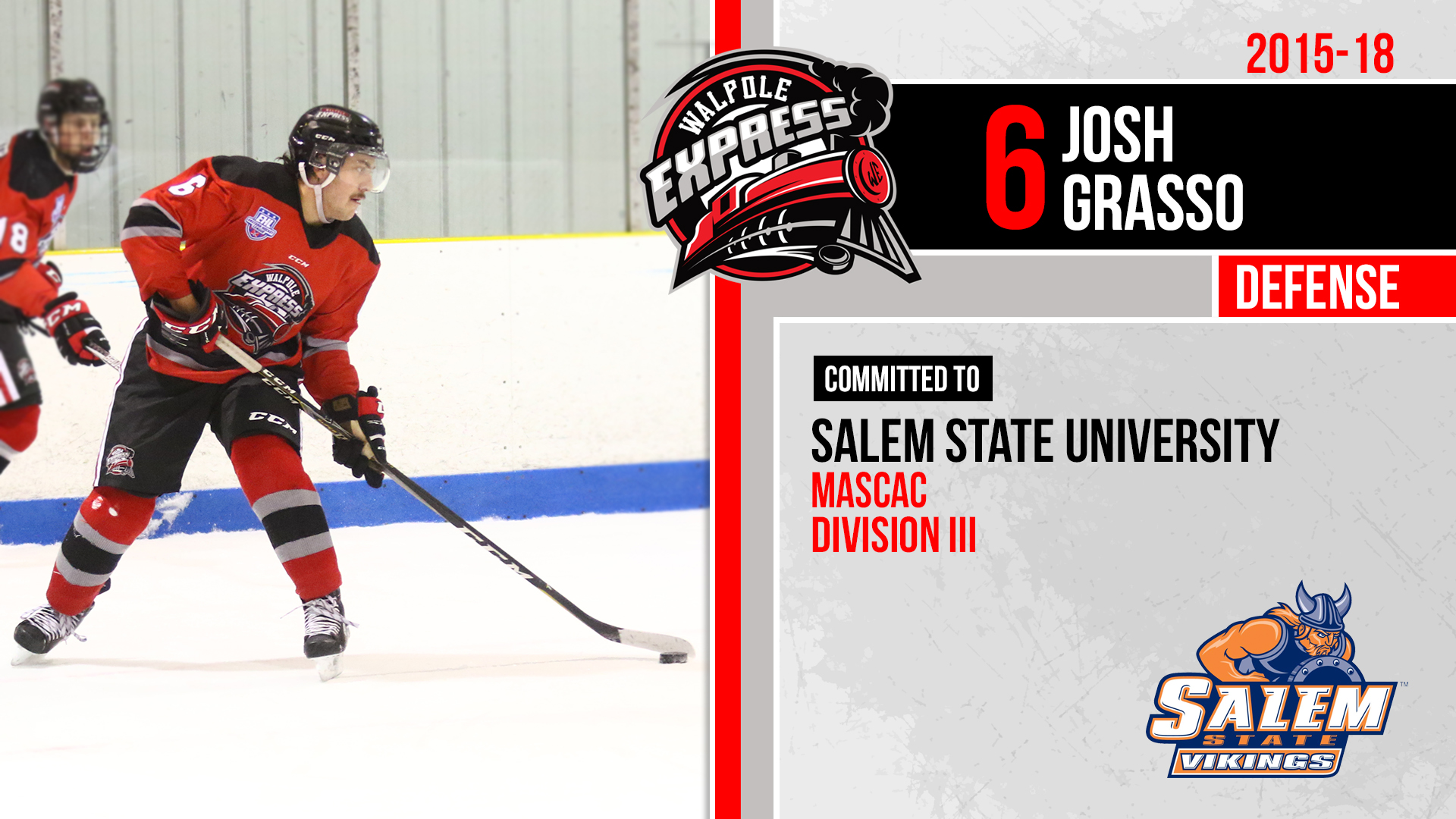 Walpole, MA – Josh Grasso, the third year Walpole Express defenseman, has committed to Salem State in the very competitive MASCAC for the fall of 2018. The competitive blueliner is six feet tall, born in 1997, and weighs in at 190 lbs. Josh has worked his way through the Express program, playing for the EHLP team two seasons ago before moving up the EHL last season.

“Its been an incredible journey for Josh here in Walpole. He has had some ups and downs with injuries but has gutted it out and achieved a life long goal of playing college hockey,” said Coach Jon Lounsbury. “Josh plays with a lot of passion, poise and will be extremely tough to replace. I’m excited to see him make the jump to NCAA hockey in the fall.”

“I’m beyond grateful for the support I received along the way from my family, Coach Lounsbury, Coach Polino, and the boys. A special thanks to the Walpole Express for all of their efforts in this process. I’m extremely excited to play for the Vikings in the fall,” said Grasso.

“We will miss ‘Grass’ on our blueline next year, but know he’s going to do great at Salem State,” added Lounsbury.