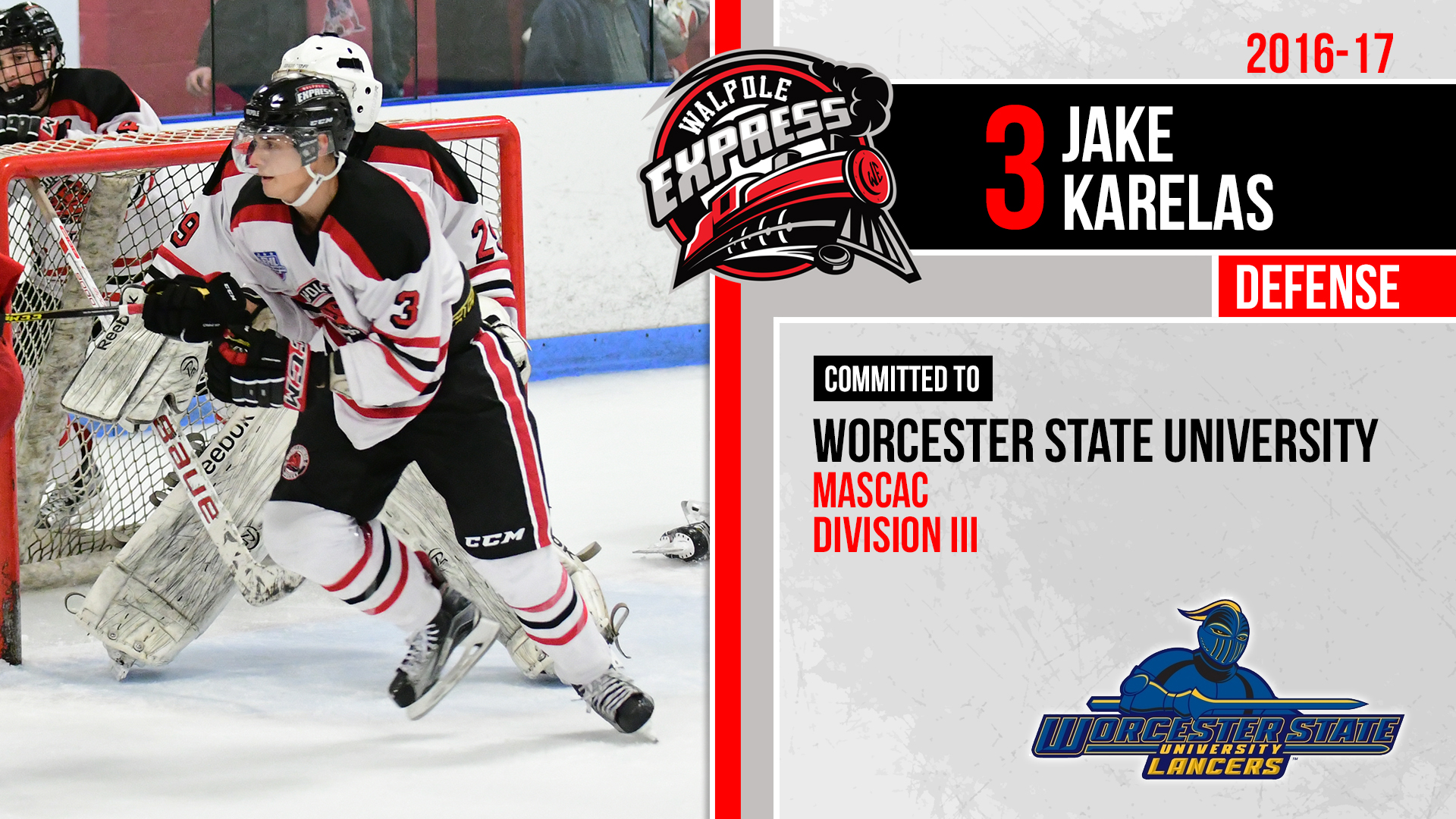 Walpole, MA  – Walpole Express defenseman Jake Karelas has committed to Worcester State University in Worcester, MA for the fall of 2017. The 6’2, 195 lbs. defenseman from Melrose, MA is a hard nosed, shut down D-man who had a great year for the Express. Jake is a great get for the Lancers who play in the very competitive MASCAC Conference.

“Jake came to us via Bridgton Academy where I previously coached,” said Lounsbury. “Jake is everything you preach about as a coach. He plays hard, he trains hard and he’s a man of great character, he’s certainly going to be tough to replace,” added Lounsbury.

“I would like to thank my parents for giving me the opportunity to play the sport I love and for supporting me throughout the process.  I would also like to thank the Express staff and my former coaches who help make my dream of playing college hockey a reality,” said Karelas.

“Our Express family extends big congratulations to Jake and his family,” Lounsbury said.