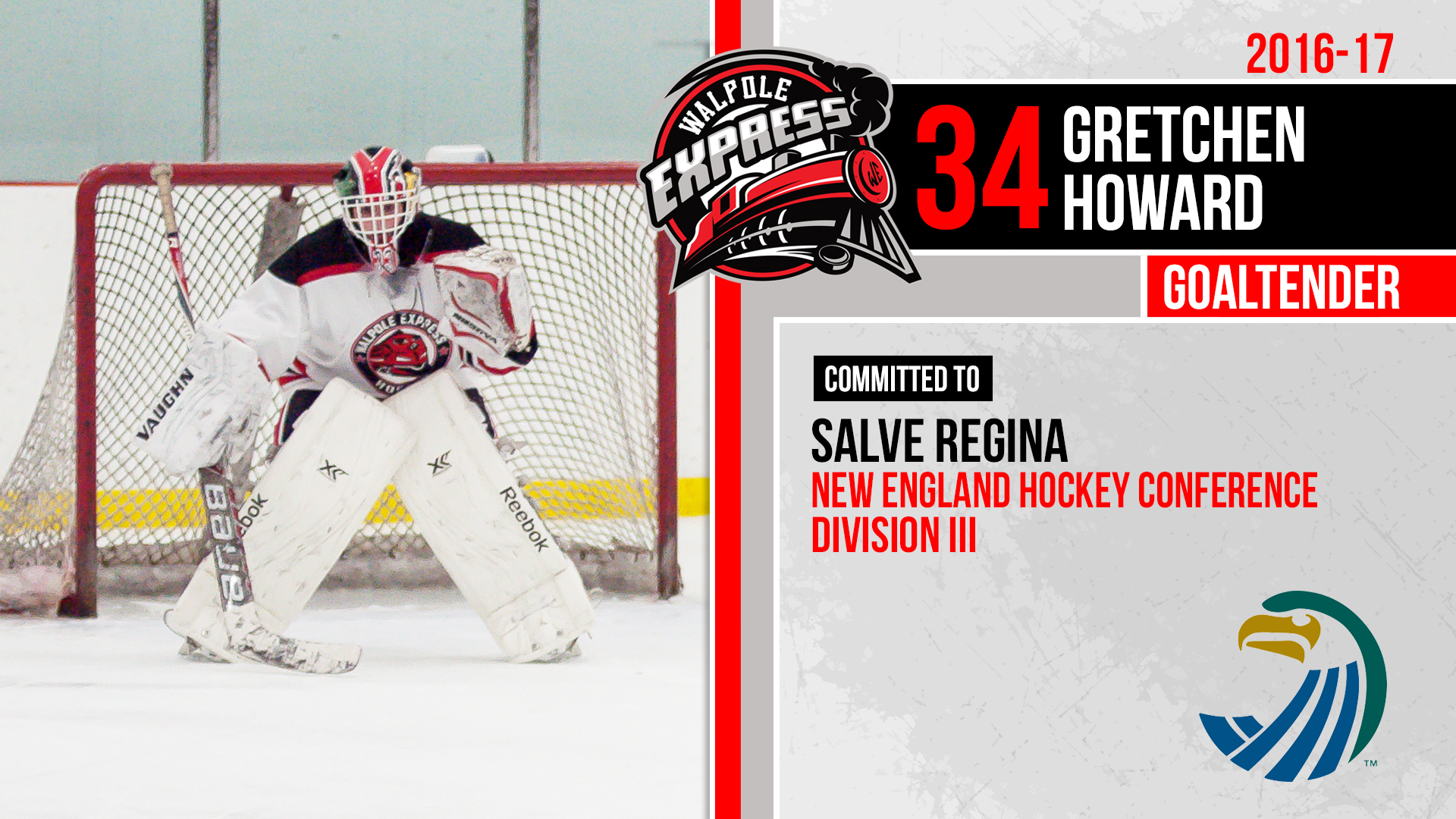 “Gretchen was phenomenal during the 2016-2017 season. She is a natural competitor; she is going to excel with the Seahawks. Not only is she a great goaltender, she’s a great kid too. She is the type of kid who brings so much positive energy on and off the ice,” said owner Rob Barletta.

Gretchen has enrolled into the Nursing Program at Salve. “I am so excited to be attending Salve Regina in the fall where I get to pursue the major I have always wanted to do and get to play the sport that I love at the same time. I would like to thank everyone who has helped make this possible”, said Howard.

The Express organization wishes Gretchen the best in her next great adventure. “We are very happy for you Gretchen!”