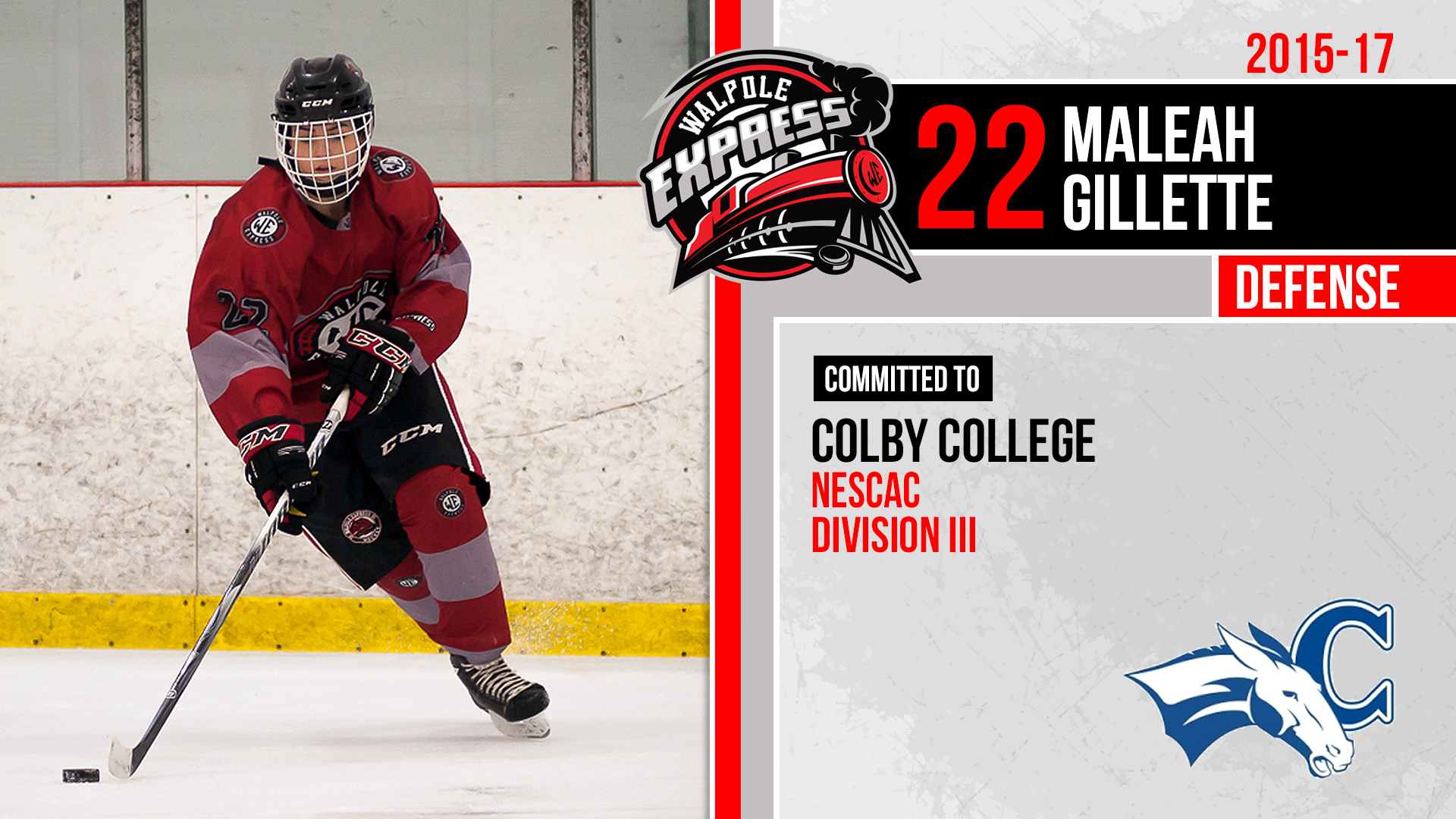 “I was fortunate to Coach Maleah for two seasons and it was such a pleasure. She is such a great kid with an awesome attitude and a great sense of humor. Maleah is a workhorse on the ice. She is such a strong, powerful, offensive defenseman who was great for us in her two seasons.”

“I cannot wait to attend Colby College in the fall and play on the rowing team. Being a part of the Walpole Express organization and playing under Coach Danielle for the past two season, I know I am ready to play ice hockey at the collegiate level and I will prove that to the Colby coaches. I want to thank my family, friends and coaches for getting me to where I am today,” said Gillette.

“Thanks for a great two seasons Maleah! I will miss having you on the team,” added coach Doherty.

The Walpole Express Organization wishes you the best!