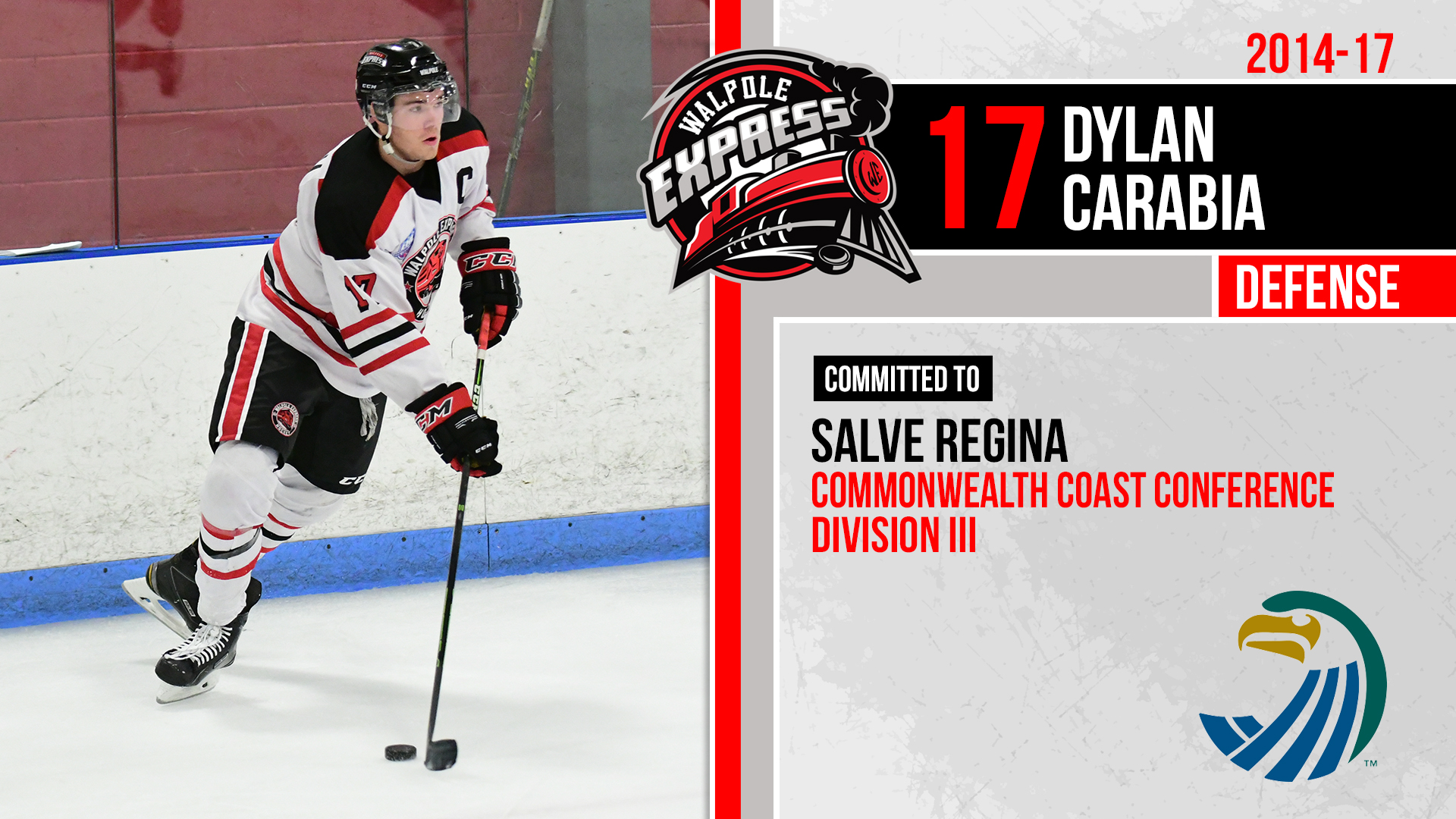 Walpole, MA  – Walpole Express captain Dylan Carabia has committed to powerhouse Salve Regina University in Newport, RI for the fall of 2017. The 6’3, 195 lbs. defenseman from Sebastian, FL is a smooth skating shut down D-man who has the ability to take over any game. Dylan is a huge pick up for the Seahawks who play in the very competitive Commonwealth Coast Conference.

“Dylan came to us from AA hockey in Florida and transformed into a big time hockey player. His work ethic on and off the ice has made him the player he is today,” said Lounsbury. “In my opinion Dylan is the best D-man in the league and is going to be incredibly difficult to replace. I want to thank Dylan for everything he has done for this program,” added Lounsbury.

In 50 games this season Carabia posted 7 goals, and 36 assists for 43 points on the blue line.

“I would like to thank my parents for all of there support and for the sacrifices they made to allow me to follow my dream of playing NCAA hockey. I would also like to thank the Walpole Express staff for the best years of hockey I have ever had. I’m extremely excited to further my education at Salve Regina University. Go Seahawks!” said Carabia.

“Our Express family extends big congratulations to Dylan and his family,” Lounsbury said.