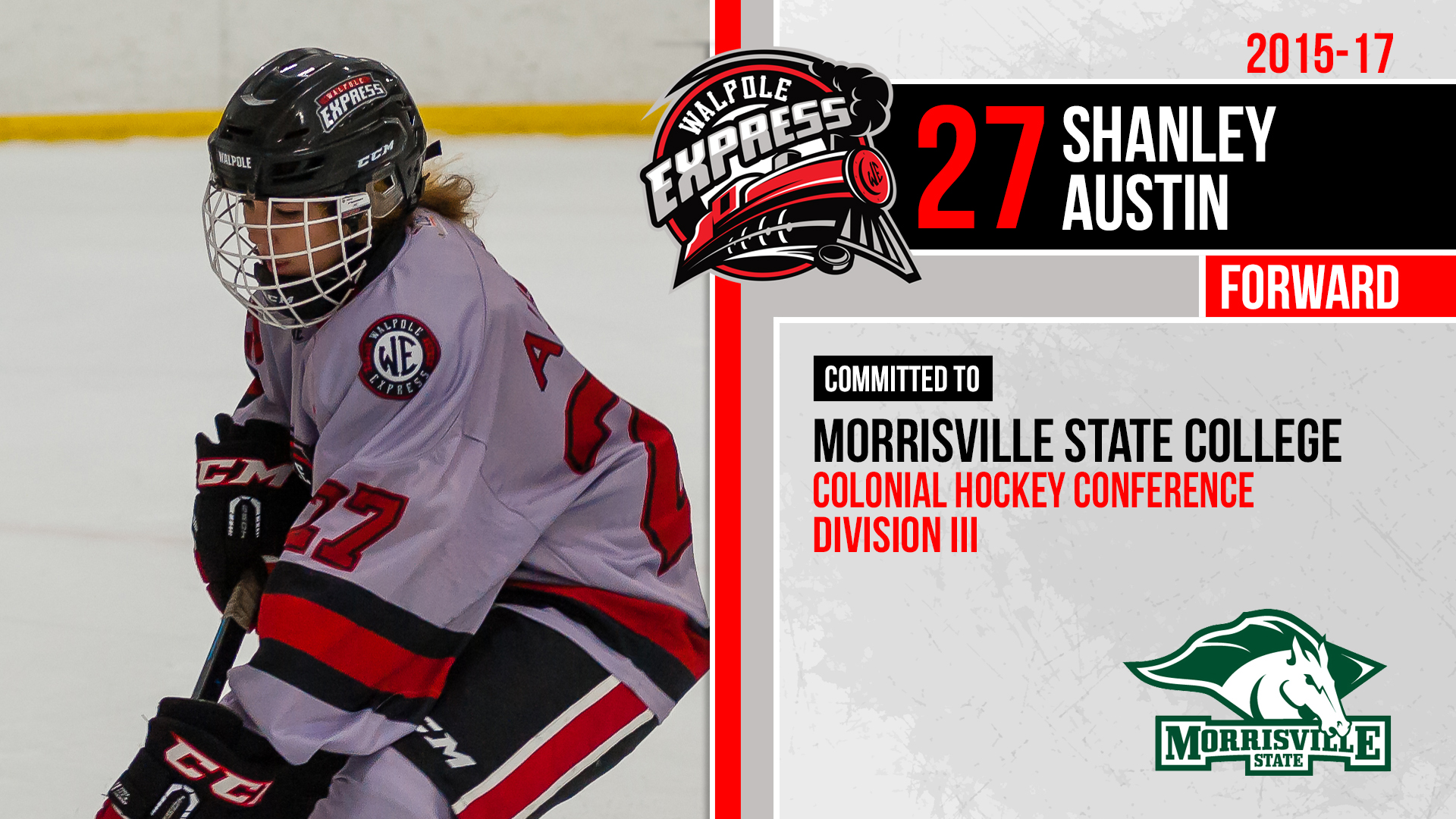 Walpole, MA  – Shanley Austin of Rochester, NY has committed to Morrisville State College in Morrisville, NY where she will suit up for the Mustangs for the 2017-2018 season. The NCAA Division III Mustangs play in the Colonial Hockey League.

Coach Danielle Doherty said coaching Shanley these past two seasons have been such a joy, “Shanley has played such a huge role in both her seasons with us. In the past two seasons, she has led the team in scoring. She is a gifted player – a speedy, crafty player who makes something happen every time she steps on the ice. In addition to being one of my top players, Shanley is one of my hardest workers and it is so admiring to see. She is a competitor. She is always focused, and ready to work every single day which is why she wears the “A” for the team – she leads the team on and off the ice.”

“Not only is she a great hockey player, she is an even better kid. I have gotten to know her really well these past two seasons and she will most definitley be missed! Always smiling, she brings so much positive energy to team. Her teammates really look up to her. It will be very hard to replace a kid like that!”

Shanley is thrilled to continue her hockey career, “I cannot wait to start my collegiate career at Morrisville next fall. I am so thankful for my family and everyone else who has supported me and pushed me to get where I am today. A special thank you goes out to Coach Danielle. She has provided so much individual care and support that has helped me reach my goals as a hockey player. Not only has she made me a better hockey player, she has made me a better person. I truly could not have done it without her. She is a coach I will never forget.”

Congratulations Shanley! The entire Express staff wishes you nothing but the best in your future endeavors! We have enjoyed having you these past two years – you will be greatly missed!